On the surface, little has seemed to change compared to 2016. However, in addition to a fresh selection of rookies and design tweaks, there are also some new choices to be found.

Given that only three cards in the 15-card box act as hits, that leaves plenty of room for the base cards and numbered Spotlight parallels.

The 2017 Panini Limited Football checklist really starts to take shape with the RPA subset. Expected to average one per box, the hard-signed Rookie Patch Autograph set covers some of the top names from the 2017 NFL Draft. While the main rookie cards are each numbered to 299 or less, the Rookie Patch Autograph Variation set drops that amount to 25 copies and substitutes a larger patch. Rookies are also the focus of the Draft Day Signature booklets with pieces of the jersey used on stage during draft day. 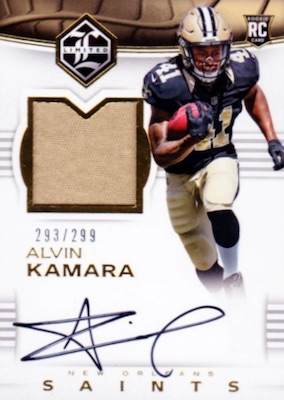 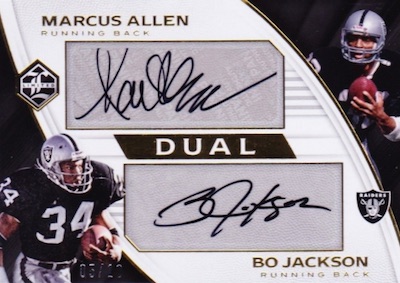 Finally, one of several memorabilia choices that combine to fall in every 2017 Panini Limited Football box, Rookie Phenoms goes with jumbo swatches.