Similar to  2017, and a major plus for rookie collectors, select standouts from the incoming draft class are even treated to on-card signatures.

As the Contenders brand typically works, Season Ticket is the official name for the base set which showcases college images for NFL players. Parallels include Cracked Ice Ticketand the one-of-one Printing Plates. 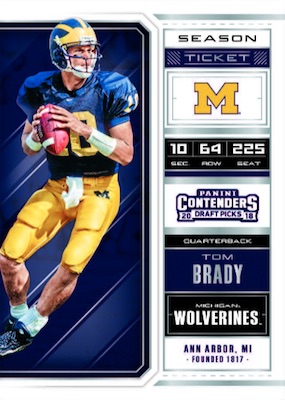 Of course, the inserts are also a college affair. Game Day Ticket falls two per pack, while the School Colors, Old School Colors and Collegiate Connections cards each come one per pack.

However, most fans look to the early-season set for the autographs, which are in good supply. Leading the way in the 2018 Panini Contenders Draft Picks checklist are the signed College Ticket subset cards. These are the NCAA version of the popular Rookie Ticket cards. Rare editions can be found via the College Ticket parallels: Bowl Ticket(#/99), Cracked Ice (#/23), Playoff Ticket (#/15), Championship Ticket (1/1) and Printing Plates (1/1). 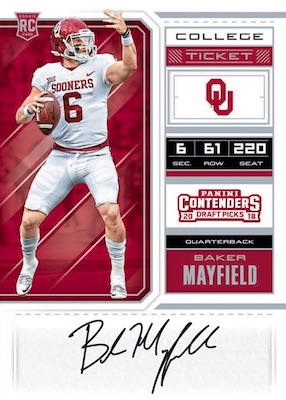 First-year prospects are also included in Game Day Ticket Signatures and School Colors Signatures. In addition, Collegiate Connections Signatures pairs either two incoming rookies or one rookie and one former star that played at the same school. 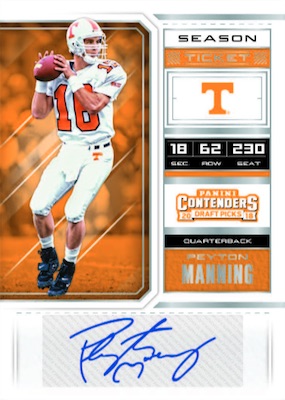