An early-season favorite for many NFL collectors, 2018 Score Football packs plenty. This includes an average of four autographs in each hobby box!

Releasing well before the start of the regular season, the set contains the earliest NFL-licensed rookie cards for the 2018 draft class. However, these first-year cards normally showcase college images and logos, just as they did in 2017. In addition, the hobby jumbo format of 40-card packs (10 packs per box) remains.

Noted by Panini as the “sport’s largest base set,” collectors have a pretty big task ahead of them. The massive 2018 Score Football checklist includes 330 veterans and 110 rookies. These base RC cards average at least eight per pack.

As far as the parallel haul, collectors can look forward to 10 per box, at one per pack, with four being numbered. 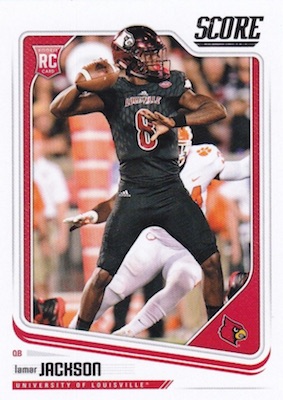 Averaging 36 inserts in every hobby box, the base set is not the only place for deep coverage. Among the choices, All Hands Team cards are for the very best at catching the ball, Celebration covers the excitement on display after a big play, and Huddle Up takes a team-based approach to the pre-snap meeting. 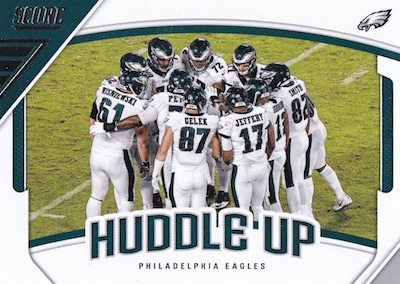 Getting to the hits, the 2018 Score Football autographs highlight first-year standouts with Rookie Signatures. Meanwhile, former and current stars are found in the low-numbered Inscriptions set (#/25 or less). 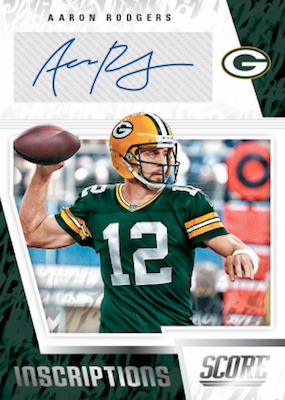 Pairing names from prior drafts, the Draft Dual Signatures cards are twice as nice with two top players selected in a specific year. 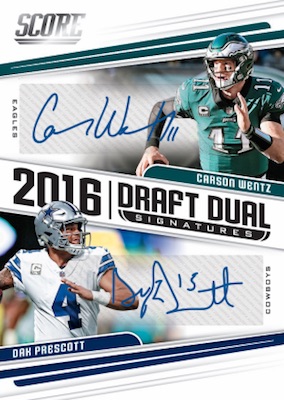