The first step toward greater approachability is in the components: one booster instead of two, so that, hopefully, you can offer them at a more inviting price. (Future PW Decks will continue to include two boosters.)

The second step is in the color options: five colors, five planeswalkers. 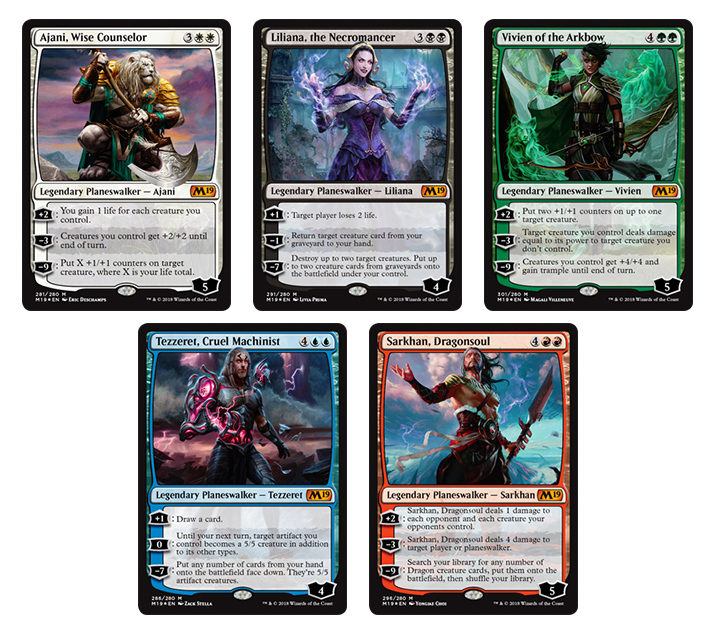 The idea is pretty intuitive. After a new player starts their collection with a Welcome Deck, they can pick up a PW Deck of the same color. It’s a better introductory experience—all the cards in their budding collection stay relevant and usable.

And when they do upgrade, they’ll find their new deck is a supercharged version of their previous one. 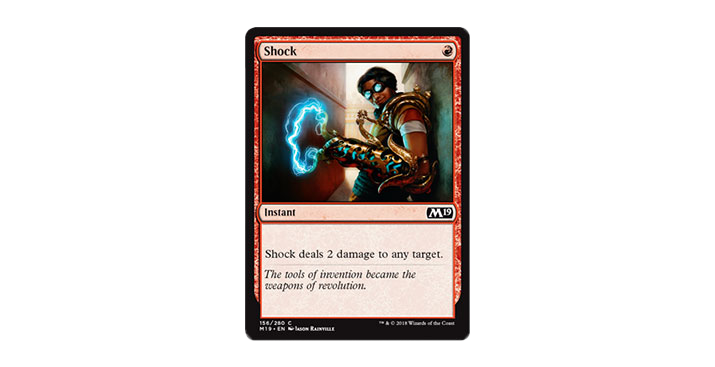 Shock is simple. It’s straightforward but good. Players will be able to grasp its value right off the bat. It’s one of the best cards in the red Welcome Deck, and when they graduate to a Planeswalker Deck, they’ll find two more copies. 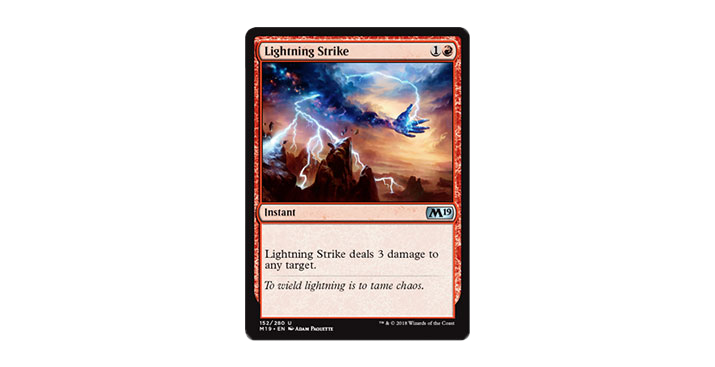 Now, a veteran knows that there are plenty of times you’d rather have Shock. But to a new player, it just plain does more damage—for a mere one extra mana, they get a bigger answer for bigger threat, presented in a way they’re already familiar with. A strategy begins to form. 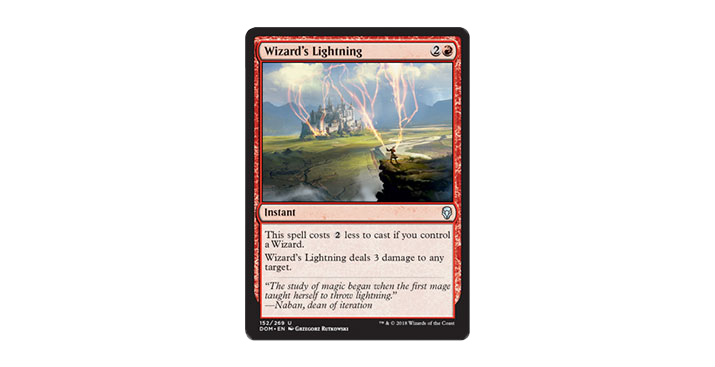 Enter Wizards Lighting—part of the updated Deckbuilder’s Toolkit, now with a fixed set of individual cards.

And it gives an easy-to-understand introduction to concepts that help make Magic so deep and rewarding: combos (they’ll have wizards like Viashino Pyromancer), archetypes (they’ll have a grip of burn spells), even playsets (they’ll find the full complement of both Shock and Lightning Strike).

Part of Magic‘s enduring appeal is that it scales beautifully for players of different experience levels. That’s just one of myriad examples in M19’s introductory products.

They’ll start at the very bottom of that scale, so that players can focus on the nuts and bolts. Only evergreen keyword abilities are included, and they’re limited to each color’s primary strategies (red’s limited to haste and flying; green to trample and reach, etc.)

They’ll work their way up from there, culminating in basic combos and “aha!” moments like this one: 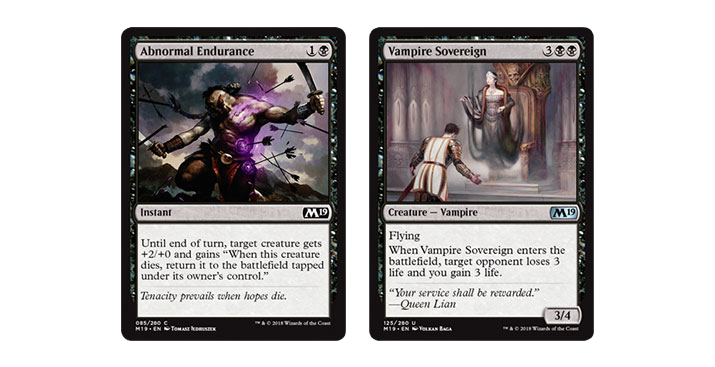 Landing an efficient combo has always been one of the best experiences in Magic, even one this basic. It’s easy to understand the value of trading with an opponent’s biggest threat, then whipping back to drain them for three, but it still makes you feel like a genius when you pull it off—especially if you’re a beginner.

It’s those kinds of experiences that the reimagined product path is tailored to give new players. It gives players cards that they already understand as they progress, while gradually adding complexity.

Your first chance to send new players along this path is coming up at Open House. Use this information to help make your way through those first purchase conversations this weekend and beyond.