Grab your blaster and race to the nearest battle station. Our long-range scanners have detected enemy movement. The first battles of Star Wars™: Legion are nearly here!

Scheduled from March 22nd – 25th, and with activities running all weekend long, the Launch Weekend offers you and your friends a great chance to pick up your Core Set and dive into it alongside other enthusiastic players. Assemble your models, paint a figure or two, and fight your first battles. Participate in any or all of three distinct activites—a Step-by-Step Build & Play, Challenge Duels, and a Painting Contest.

Enjoy one or more of these activities. Win commemorative prizes. And bring a friend—the Star Wars: Legion Launch Weekend is the perfect time to start building your local play group! 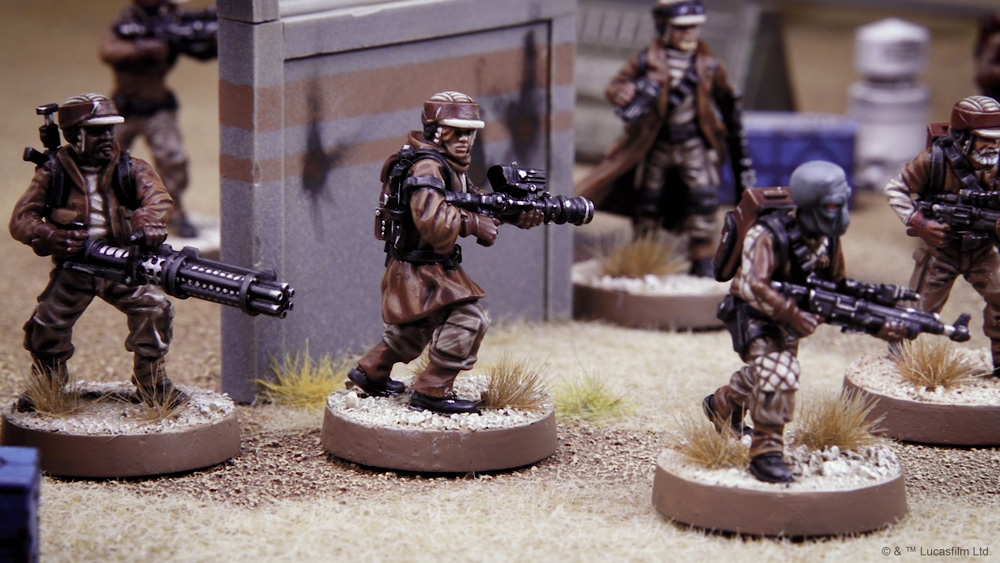 You don’t need any prior experience with Star Wars: Legion to enjoy the Launch Weekend. But by the end of it, you’ll be ready to lead your infantry into the thickest of combats.

The Star Wars: Legion Launch Weekend consists of three separate activities, each of which comes with its own rewards—a Step-by-Step Build & Play, Challenge Duels, and a Painting Contest. You can participate in one, two, or all three of these events as you wish, but the more you attend, the more exclusive materials you can claim. 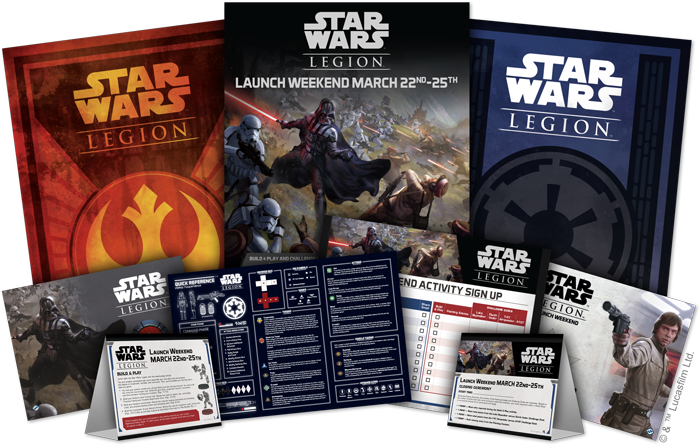 Step-by-Step Build & Play: The first part of our Launch Weekend is reserved for opening the box, exploring all of its components, assembling your miniatures, and running your units through some introductory drills that help you get a good sense of the rules. Share the experience with a friend, and you can each assemble the figures for one side—Rebel or Imperial—and move twice as fast toward your first taste of the game’s intense ground battles.

Each player participating in the Build & Play portion of the Star Wars: Legion Launch Weekend claims a handy quick-reference rules sheet—one that captures some of the most important rules from the Learn to Play (pdf, 13.3 MB) and Rules Reference (pdf, 8.0 MB) documents and places them where you want them most: right in front of your face!

Challenge Duels: Once you have your troops assembled and you’ve learned the basics, you’re all set for battle! The second portion of the Star Wars: Legion Launch Weekend is a chance to test your tactical acumen in the field. You and a friend will take turns pitting units against each other and recording the outcomes of these skirmishes. There are two separate duels, and you can play both sides of each duel, reporting your results to the organizer.

Lasers will fly and infantry will scramble for cover. You’ll see lightsabers deflecting blaster fire and cutting through armored vehicles. And you’ll test your skills as infantry commander against all the weekend’s other participants. In the end, you’ll score a point for each trooper you defeat, plus two points for each wound or point of damage you deal to one of the commanders or vehicles.

Every participant receives a participation prize, and the most successful player with each of the four armies will win a commemorative art print.

Painting Contest: The final part of the Star Wars: Legion Launch Weekend is a painting contest. Your retailer will schedule a time for you to bring in and show off your painted miniature or unit. This is an opportunity for you to see what others have done and learn from more experienced veterans, or show off your own skills. The event culminates with multiple winners—for the best painted Commander, Corps, Support, and Heavy. The winning painters will claim commemorative certificates for their work.

Seize Control of Your Store

The Star Wars: Legion Launch Weekend offers more than a chance to sample the game and meet local players; it also gives you a chance to claim your game store in the name of your favorite faction—Rebel or Imperial.

Each activity in which you participate presents you a chance to earn points for your faction. Report the results of your Build & Play game, score your Challenge Duels, and bring your faction’s miniatures to the Painting Contest. At the end of the weekend, after all events have concluded, your event organizer will tally the results, and the winning faction will seize control of the store.

Will your store recruit for the Galactic Empire? Or will it serve as a bastion of Rebel activity? At Launch Weekend, the decision’s up to you and your friends! 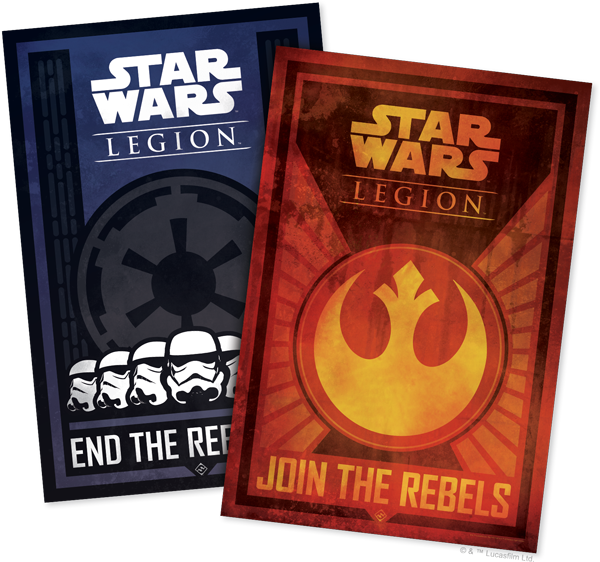 The Star Wars galaxy’s ground troops are headed to new battlefields everywhere. With Star Wars: Legion, you gain unprecedented control of these forces, and you and your friends can recreate the Galactic Civil War on the battlefield laid before you.

Will you assert your dominance backed by the Empire’s vast military might? Or will you fight for freedom as a member of the Rebel Alliance? Join forces with like-minded soldiers and confront the enemy over the Star Wars: Legion Launch Weekend.

The game will launch with the following items available:

All of which you can preorder